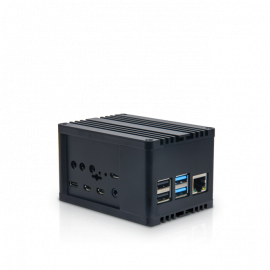 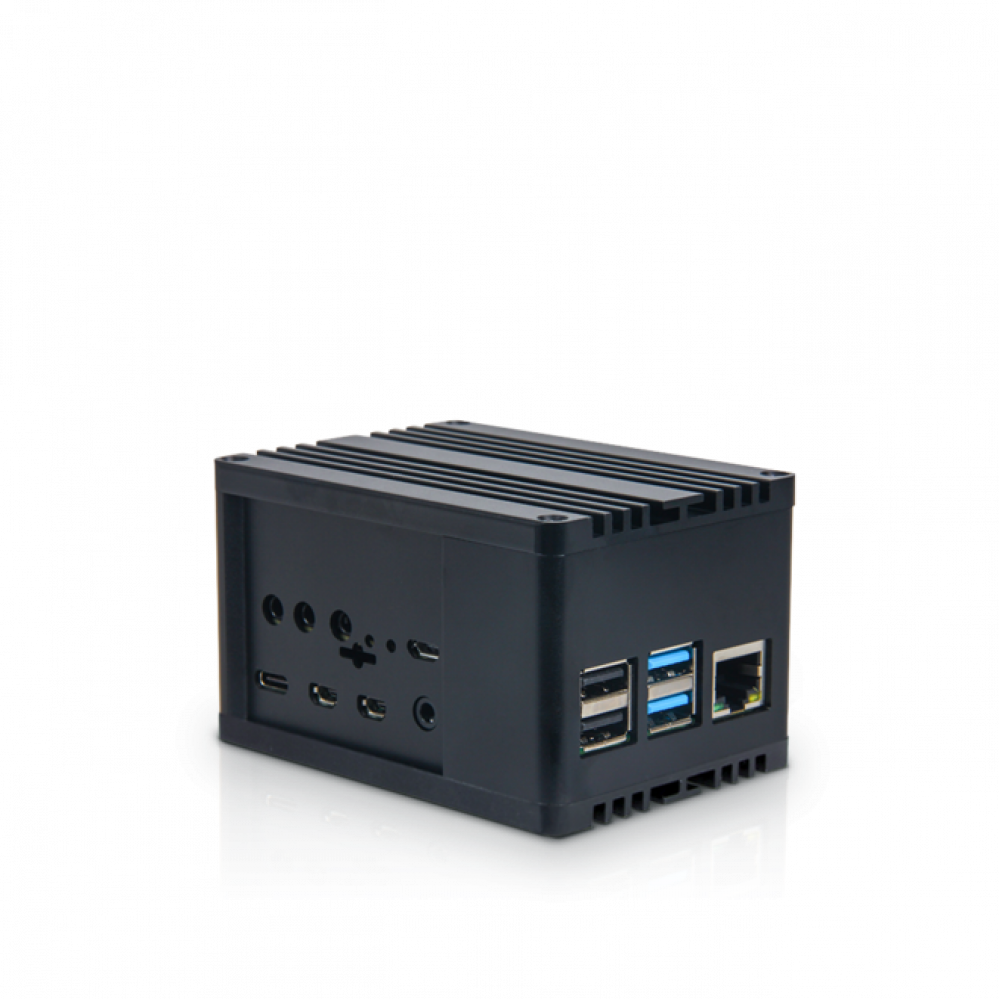 The WisGate Developer D4 (RAK7244) is a successor of WisGate Developer D3 (RAK7243). This device consists of a Raspberry Pi 4, a RAK2245 Pi HAT, which includes a GPS module and a Heat Sink for better performance and thermal heat dissipation management, and an optional RAK2013 Cellular Pi HAT. Its housing is entirely built from aluminum.

The built-in RAK2245 Pi HAT uses the SX1301 RF front-end chip from Semtech, which is a powerful LoRa® digital processing engine. It is able to receive up to 8 LoRa® packets simultaneously sent with different spreading factors on different channels and available in multiple variants so it can be used for all LoRa Alliance® frequency bands. This unique capability allows for innovative network architectures to be implemented, which is advantageous over other short-range systems. The built-in RAK2013 Cellular Pi HAT is based on the EG95 from Quectel, which is an LTE CAT4 module optimized specifically for M2M and IoT applications.

WisGate Developer D4 is a Class A and C compliant that is ideal for prototyping, proof-of-concept demonstrations or for the evaluation of future deployment scenarios. It includes a ready to use Firmware based on Raspbian OS, which makes it possible to connect the Gateway to any standard LoRaWAN® Server. It is developer-friendly as the large Raspbian OS community is a well-established one. It is especially suited to addressing a variety of applications like Smart Grids, Intelligent Farms, and other IoT Enterprise applications.

Note that you can not add WisLink Cellular Pi HAT RAK2013 later and add it to WisGate Developer RAK7243/44 without modification of the RAK2245 board in the Gateway.

To know the difference between EG95-E and EG95-NA, please refer to the following table:

* Certifications are for the RAK2013 Cellular Pi HAT Module only, not the whole device.

The SIM7020 is Multi-Band NB-IoT module solution in a SMT type . It has strong extension capability with rich interfaces including UART, GPIO etc. The module provides much flexibility and ease of inte..

Product Description RAK2245 Pi Hat Edition is the largest of the RAK2245 family, however, it offers complete compatibility with the Raspberry Pi 40pin header. Thus it is a perfect solution for a DIY ..